Stepping To The Beat.

Telling and how we use the time has evolved.  The battle today is between two giants of technology.  In one corner we have Apples series 4 smart watch and in the other we have the Fitbit Surge.

Our watches are no longer just to remind us of our curfews or when the next bus is due. They’re much smarter than that, but did you know that not all watches were created equal? I would like to make you aware of this simple fact. I would like to compare the faithful loving Apple watch vs Fitbit – two major market leaders in smart watch technology.

Which would you choose??  Their qualities are quite similar but different, so which do you prefer?

If money wasn’t the object which device would you choose? Apple is a well-known brand, sought after by many for various reasons. Their products are quick, efficient and used by many other devices. They have stood alongside Microsoft for many years, delivering quality P. C’s and tablets.

Fitbit is still growing but their smart watches has made the whole world take notice. They have no other products to talk about that I know of. Some see the new Apple watch has the best version that Apple has produced, it boasts a bigger, yet thinner screen, which makes reading emails a much easier task!

New and improved, which gives it a fresh look. Improving on a product that’s already popular and highly sort after isn’t an easy task but it looks promising so far.  So in the battle of Apple watch vs Fitbit who would you choose?

Smart watches can be used in many ways.  The majority of us just use them as a health gadget, which is designed to monitor and motivate us to keep us healthy.  Now this might seem like a gimmick but its one that is paying off!

Now I have spoken to various people, just to gauge their opinion on Apple watch vs Fitbit. The answers were quite surprising! Apple is a major driving force in the smart watch wearable market and Fitbit are on the rise but Apple sold over fifty percent of smart watches brought last year.

An Apple A Day.

This an amazing achievement but users of Apple smart watches were not impressed with the quality of their apps in comparison with fitbit! Now that’s quite strange considering that Apple still dominated the market and if the series 4 is as good as it looks and sounds, things could have changed?

The devices have predominantly targeted the health conscious individuals but I can see from all the articles I have read that the net has now expanded. Wearable smart watches have the ability to monitor various things, movement, sleep, various exercises and heart beat but Apple have taken this a step further and has installed an ECG app and a fall monitor. This makes the device a useful tool for the old and in firm individuals in society.

I have always been a fan of Android devices, especially phones, not totally because of cost but more to do with the fact that everyone that seemed to own an IPhone seemed to have a broken screen. This led me to believe that the brand was awesome but quality seems to have been forgotten! Now this could be a bad call on my part.  But in this world we live in devices aimed at being used on a day to day basis, should be fit for purpose. I hope you agree?

Apple Watch vs Fitbit – Time Waits For No Man!

Watches have been totally different, this could be because the case is smaller and therefore stronger.

Most devices have become Apple compatible and I suppose this would also have led to a big drive in sales, making Fitbit and other smart watch providers difficult to compete on the same playing field! Their products work together seamlessly and this has contributed to their appeal and popularity.

Apple watch v’s Fitbit sounds like a cliche because Apple is so far in front regarding its product.  Usability and demand that it’s hardly fair to assume there’s any competition! There is and will always be a growing demand for technology.  When technology works seamlessly with our other day to day appliances. The demand becomes greater and greater.

Apple has managed to create that demand which as led to a hunger for its products. So when it comes to choosing a wearable device I do believe the numbers speak for themselves. Could millions of people be wrong!

I would be very brave in assuming this is the case.  Shall we say that millions of people have the same tastes and like me have made a decision on which they prefer!!

I hope you find this article interesting and helpful in choosing your next smart wearable watch.

Please leave any comments or questions you might have below. 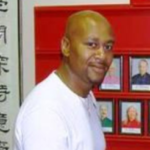 How To Exercise For Weight Loss

“We are a participant in the Bluehost, Amazon Services LLC Associates Program, an affiliate advertising program designed to provide a means for us to earn from links in our content. This will not cost you anything, but we will earn a fee by linking. https://www.ultimatetraininggear.com to Amazon.com and other affiliated sites”.

You may have missed

How To Exercise For Weight Loss

What Is The Best Diet To Lose Weight Fast.

Have you heard the saying, “Sharing is caring” well I believe it to be true.  Please don’t keep us to yourself, we believe knowledge is for sharing and that’s exactly what our aim is!  We aim to give you uptodate training and dieting information.  Every post will be focused on a different subject but aimed at the same goal, which is improving you, by educating you.

Please don’t keep us to yourself!